My parents and us children left Hulett, Wyoming by covered wagon the summer of 1913. Their original destination was for the Peace River country. By 1915 they had got as far as Brosseau, Alberta and had given up the idea of going to Peace River. In the spring of 1916 we moved to the Ferguson Flats district and lived on the Bill Blacker place, three quarters of a mile east of the Fern Chapel school. Dan Groves was in the process of selling out and they lived only a mile farther on, mostly south. After their sale Father took them to Vermilion by team and wagon. When he got back from that trip he rented the Groves' place from Pete Keitges, the new owner. We moved in there and that's where we lived for the next three and a half years. 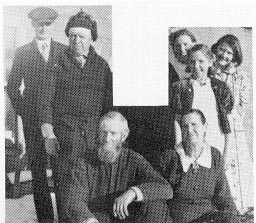 There were six of us children then, four of us being school age. We went to school at Fern Chapel and our teacher for the first couple of years was Mr. R.K. Martin. All the pupils seemed to like him. He was a young man and made good use of the school organ by teaching the older children to chord on it. We younger ones liked to listen to them. 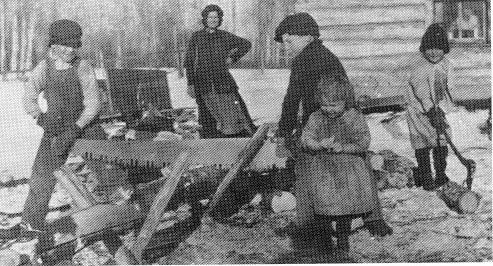 By the fall of 1919, Father had a house, barn and feed supply on his homesteaded six miles to the northeast. We moved there after the first snow fall. It was a cold day and by the time we got the stoves set up and the fires going it was already dark. 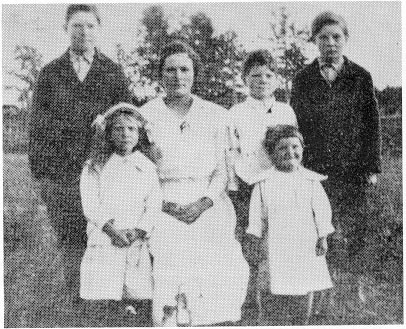 All the parents got together to start proceedings and form a school district there by the name of Middle Creek. It took two years to win out above the opposition and get a schoolhouse built.

Mother and Father lived on that place until all the family of nine children were grown up, then they moved to Kelowna, B.C., where they passed away some years later. Dorothy, the youngest of the family lives there now. Edna lives at Coquitlam, Lucille and Phoebe are in Washington, Adah in Calgary, Alma lives in Vermilion, Elmer is in Lloydminster and myself in Edmonton. Earl passed away at the age of sixty-five in 1970. In 1918 an infant son, John, aged 10 months passed away in the flu epidemic.