Mr. and Mrs. Ralph Storey came to Ferguson Flats in 1927. They bought a purchased homestead S.E. 14-57-5, he had two good cows and did some farming but also worked for others digging wells and many other odd jobs. Then he bought and moved to NW. 11-57-54, their son George lived with them and helped out with the farming and doing the chores. He also worked for other farmers in this area. 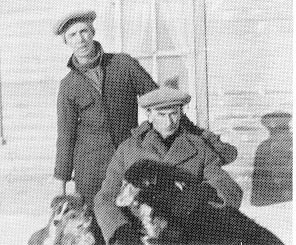 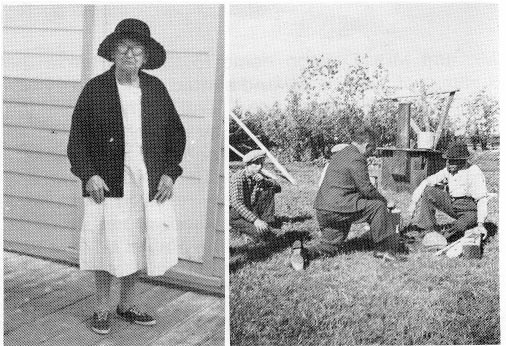 Mr. Storey took the census in this district and in the surrounding areas a couple of different times. Then on March 1,1949 he started working as janitor at the Salt Plant near Lindbergh. He walked to and from work every day and was never late for work. He bought a new tractor and from then on he drove to work on it. On November 30, 1962 Mr. Storey retired from the Salt Plant and went on farming and looking after his cattle, which by this time was a large herd.

Shortly after his death Mrs. Storey moved into a small house in Lindbergh, but this house did not have all the conveniences of a modern home, and due to her health she moved to Elk Point where she was close to a Doctor and hospital. She enjoyed having friends drop in for tea and always remembered her friends at Christmas with a nice gift.

George Storey remained on the farm until his death on October 26, 1967.

Mrs. Storey then sold the farm and the cattle that were left, and remained in Elk Point until her passing on January 1,1971.