Mr. Dunbar was my closest neighbor when I batched on the homestead. He came to Ferguson Flats around 1931. His land was NW. 1/4 Sec. 3, Twp. 58, Range 5, west of the 4th. Mr. Dunbar had bought that land some years before but had never lived on it. His wife had suffered a stroke before they came there and her hands were very crippled. Mr. Dunbar had worked for years as a bridge builder for the Canadian National Railways but was laid off in the start of the depression. He had worked on some big bridges throughout Canada. 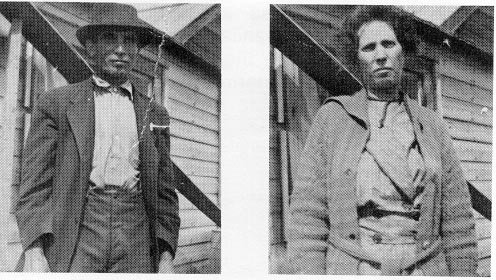 He was in his early 50's when he came to the Flats. They had a very tough life in the Flats as they were without money when they came. They had one daughter married to a R.C.M.P. Sec. and living in Ottawa. I only saw her once when she came up to visit her parents. Both Mr. and Mrs. Dunbar have died since I left there in 1938.