Mr. Chauncey Edward Bartholomew was born in Iowa in 1874. In his younger days he had worked at everything from diving for pearls off the coast of Florida to breaking horses in the cavalry during the Boer War. He first came to Canada about 1900 working as a surveyor somewhere near Lacombe. He returned to the States shortly and while there he married Harriet Hand of Minnesota. In 1904 they filed on a homestead in the Elk Point area but gave it up and went back to the States about 1917. They had five sons, Emory, Robert, Archie, Ernest, and Arlie. 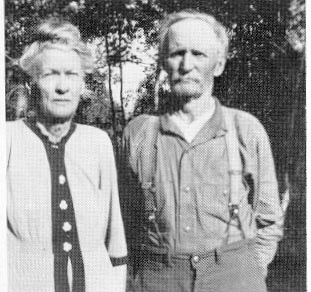 In June, 1930, Mr. Bartholomew with his oldest son Emory came to Alberta, buying the N.E. 34-57-5-W4 from the county. The following summer Mrs. Bartholomew and the two youngest sons, Ernie and Arlie, joined them here. These two boys took most of their education at Fern Chapel.  Mrs. Bartholomew was a qualified school and piano teacher but she never taught school here. She was a great talker; a trait inherited by most of her descendants. 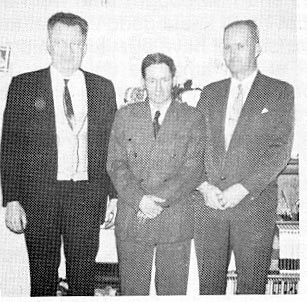 Mr. Bartholomew raised bees and one of my early memories is seeing him pull a super and brush the bees off with his bare hands. He never told us that bees sting and I don't remember him ever getting stung. Even at 70  years of age, he was still a good walker and would walk 11 miles to Elk Point to shop and be back for dinner. In 1948, at 74 years young, he sold his farm here and bought one at Blufton, Alberta, moved there and started right in breaking land and taking out timber.

In August, 1930 Emory bought the N.E. 2-57-5-W4 and started to farm on his own. Over the years he has bought the land formerly owned by Maddens, Ole Johnson, George Storey, and other land and continues farming to the present time.