Mr. and Mrs. R.W. Taylor and their two children arrived in the Ferguson Flats district in 1911. They migrated here from Lynden, Wash. with Mr. and Mrs. W.R. Ferguson who were Mrs. Taylor's parents, making up part of the original group of eleven who came here at the same time.The Taylor family homesteaded the S.E. 34-57-5-4. Their first year here was spent in doing the necessary settler's duties. Sometimes they worked for Mr. and Mrs. W.R. Ferguson. Later they moved to Vermilion where he worked for a time at the newly established Provincial Government Demonstration Farm and returned to their homestead for the following winter. In time they again moved to Vermilion where Mr. Taylor was employed for a time at the Vermilion Brick Yard. He worked here with the late Dr. F.G. Miller who was also employed here at that time. Once again they returned to their homestead.

Taylor was appointed Postmistress of Ferguson Flats Post Office. They also became contractors for the twice weekly Post Office Delivery mail service. They did some farming, carried mail, and usually gave the local teachers a home away from home while teaching the local school. Mrs. Taylor was a member of the School Board of Trustees and also their Secretary-Treasurer for a number of years of the Fern Chapel School District.

Mr. and Mrs. R.W. Taylor raised a family of three girls and one boy. They also lost one son at birth and a nine month old son, Donald Lee, who died of pneumonia in 1922. The children all attended the Fern Chapel School.

Among the many memories that the family have of their early days here concerns the high flag pole put up by their grandfather, Mr. W.R. Ferguson, at the four corners at Ferguson Flats. It had a red flag at the very top and could be seen for miles. It served as a landmark for anyone who may have become lost in the thick bush or for the children who went hunting for cows. By spotting this flag pole they then knew their directions or their way home. 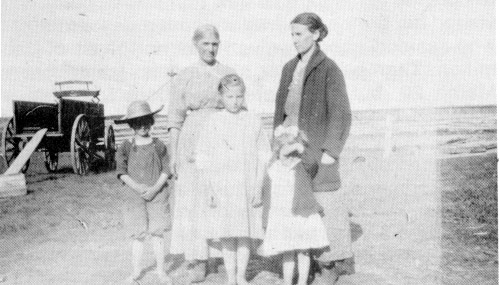 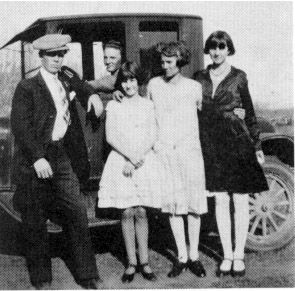 Mr. R.W. Taylor passed away in Seattle, Dec.23, 1927. Mrs. Taylor, who later became Mrs. B.B. French, passed away in 1957. Their son, Louis Alwyn, lived in Clandonald. He married Doreen Seal and they had a family of two girls. They later moved to Vermilion where he died in April, 1962. Letha,-(Mrs. Frank (Ramsbottom) Johns, has one son, Jim; Aryness-(Mrs. Bill Keller) has family of three girls and two boys, and Eunice-(Mrs. Tom Lambie) has three girls. Letha, Aryness and Eunice all reside in Elk Point at present.