The McClain  family came from  Stillwater, Oklahoma in March 1910 and homesteaded the S.E. 35-57-5-4. There were three sons and four daughters and most of them eventually settled in this area too. Daisy (Mrs. Caleb Dunham), Tod (Mrs. Tom Allen), and Annie (Mrs. Joe Martin Sr.) all lived in the Ferguson Flats district. Lizzie (Mrs. Laughlin) lived in Spring Park for many years. John was in this district off and on but spent most of his time away from here, tending a trap line or freighting etc. Grover came to live here with his family, a number of years after his folks had settled. A son, Lewis, lived in the States. Mr. McClain was a good blacksmith and had a small shop on his farm. He spent quite a lot of his time blacksmithing for his neighbors, until later years when his health was failing. He- passed on in 1926. Mrs. McClain remained on the farm with her son Grover and his family until her passing in 1936. There are none of the children living now. 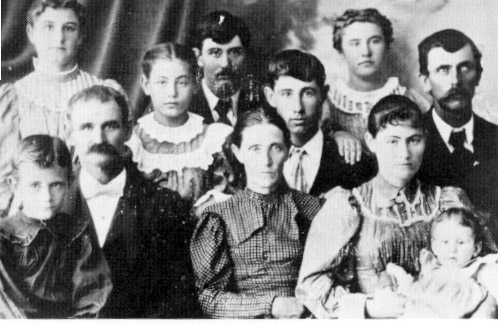 This picture is of the McClain famly was taken in the year 1900 at Stillwater, Oklahoma. 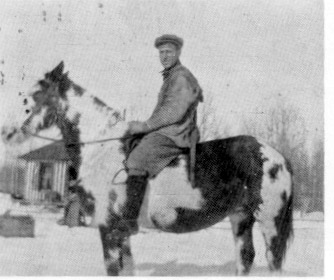 John McClain on his horse he brought from Oklahoma 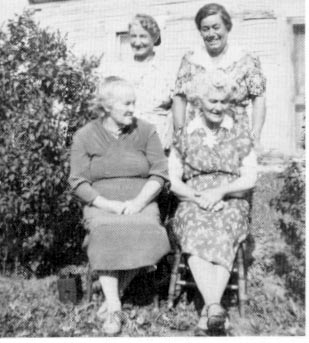 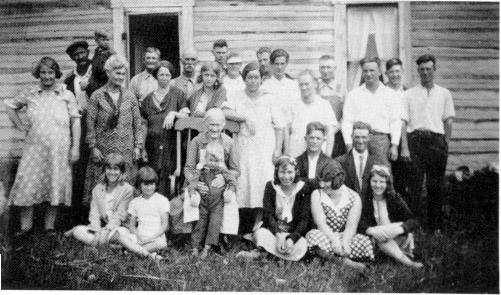