Ole Johnson, came from Sweden in 1910 to North Dakota where he worked at various jobs until 1928, when he settled in the Ferguson Flats area. His farm was located; S.W. 13, 57, 5, W. of 4th. Ole Dalhgren helped him build his house from local lumber. 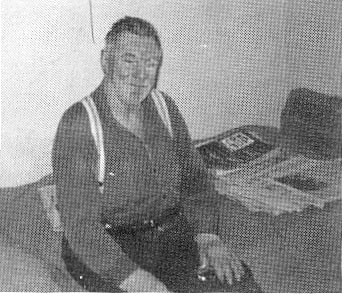 Ole remembers the good crop he had in 1930. His garnet wheat yielded 60 bushels per acre while his oats produced 90 bushels per acre. He spent a lot of time in the bush cutting wood and logs. The neighbors often used to meet him coming out with his load, when they were going in for their load.

Ole retired and moved to Elk Point where he lived for a year. In 1963 he entered the Sunnyside Manor in St. Paul where he is residing at the present time.