In October of 1952 we moved to the Ferguson Flats district to farm at N.E. 34-57-5-4. We came from Coleman, Alberta to this area. Our son, Alfred, attended school here. The teacher then was Miss Gertrude Engler and Alfred was in the sixth grade. Alfred took his grade nine by a correspondence course from the Department of Education. Mrs. Carl Ockerman was the teacher at Ferguson Flats at this time and assisted him with his studies. Our ethnic background is Lithuanian. 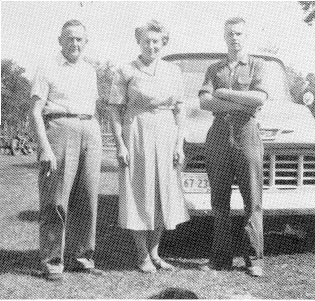 We retired from the farm in 1973 and now live in St. Paul. Alfred, his wife Loretta, and son Chad are farming in the Ferguson Flats district.