Our folks, John and Sadie Salmon, arrived in the Ferguson Flats district in April 1915 from Washington, U.S.A. There were four girls in the family; Velma, May, Mildred and Wilma. We spent some time with our aunt and uncle, Clint and Alice Ferguson, until we could get the Clydesdale house cleaned up and made ready to live in. When Dad got our first house built on the homestead, we moved there. There were lots of sloughs and mosquitos by the swarms. Mother made a covering, much the same as a tent, to put over our bedsteads so we could sleep without the mosquitos bothering us. There was always a smudge outside the door of the house, to discourage those little pests. A big smudge was made every day for the stock, as they too suffered from these insects. Dad used oxen to start clearing the land but later on he could afford horses. 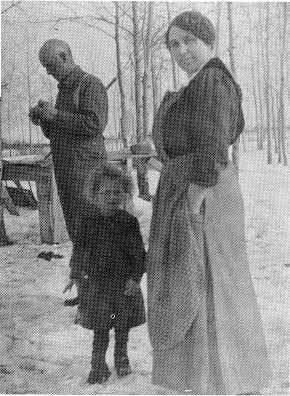 Esther Martin and l had great fun on our walk home from school together. We had to cross a bit of a creek, so our fathers had put a load of stones in it for us to cross on. There we would sit, catching frogs, big and little ones, filling our lunch pails with them. At that time our lunch pails were three pound lard pails. After filling our pails we would dump them down stream and watch them swim away. It was great sport for us to kill snakes, cutting them in half or sometimes hanging them whole over the barbed wire fence and watching them wiggle. We were told that their tails would wiggle until sundown, and we found this to be true. 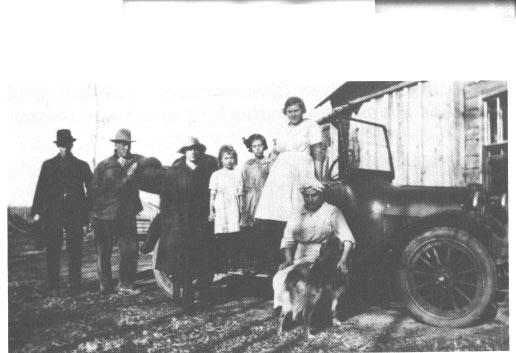 What fun we had in the little Fern Chapel schoolhouse!  The chokecherries were plentiful and so good just out behind the school. One day we had several branches lying on the shelf, which held our lunch buckets, and the Inspector called. He paced up and down the aisles in the classroom and each time he got to the shelf, he would grab a few of our chokecherries off the branches. Many good times were enjoyed by all in the little old schoolhouse as a place for social gatherings. We had box socials and dances and folks really socialized in those times. There are none of our family living in the district now. Velma, May and Mildred are all residing in B.C. My husband and I are living in St. Paul.