Neils and Mary Nelson, married in July 1962, lived for about three years in a small house in his dad's yard. Their son Richard was two years old when they moved to their farm S.W. 2-57-5. Neils has worked at the Lindbergh Salt Plant since 1960. His farm consists of six quarters in the Ferguson Flats district plus others in the Lindbergh district. Daughter Trudy and son Douglas completed their family. They all attend school in Elk Point. At present Neils and Mary are busy building a new house which they hope to have ready next spring. 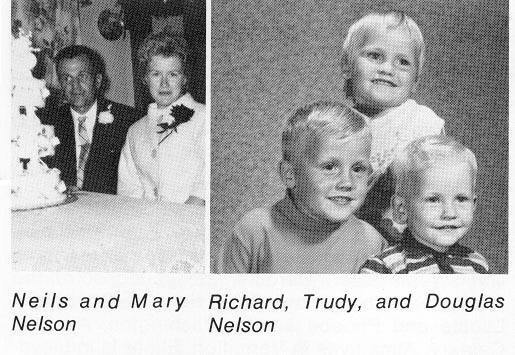