Monty Warne was raised near Hastings on the south coast of England. He left there in June, 1914 for Los Angeles via the Panama Canal on a freighter which took a few passengers as well as freight. An Uncle of Monty's, who was engaged in fruit farming near Los Angeles, had offered to introduce him to America. During his stay in Los Angeles Monty maintained correspondence' with Ed Vincent whom he had chummed with in England. Ed had taken up a homestead somewhat earlier at Ferguson Flats.. In the spring of 1915 Monty came north to join him and took out his homestead on SW. 15-58-5-W4. 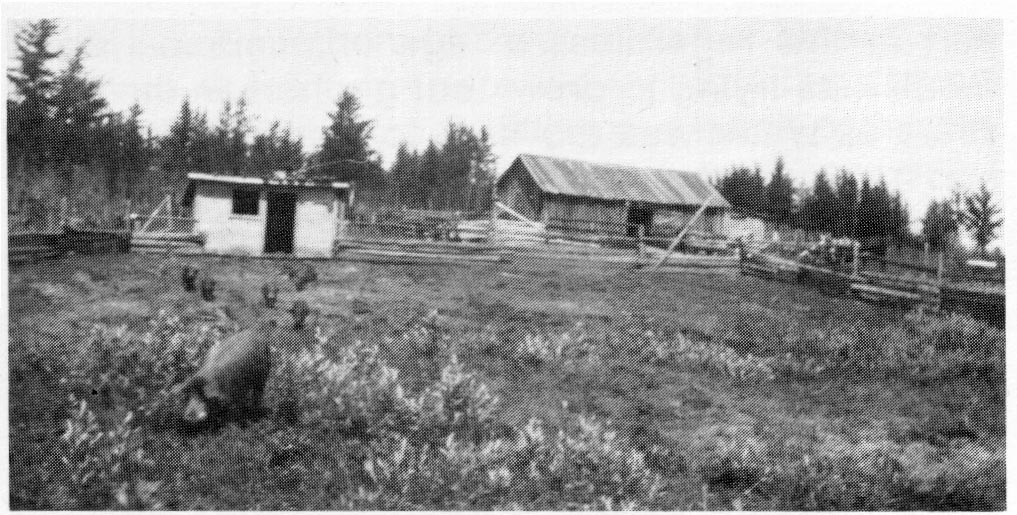 Between 1915 and 1917 Monty divided his time between the homestead and working for other farmers. These outside jobs provided a little capital with which to buy equipment and supplies. In 1917 he enlisted at Vermilion and subsequently went overseas with the Canadian Army Medical Corps. Following the war Monty returned to the homestead and added S.W. 16-58-5 as part of his soldier's reestablishment assistance. Progress continued and  in the ensuing years as he. improved his buildings and stock and added further acreage to cultivation. He continued to supplement farm income with that from outside work, including. work with telephone crews extending lines through central Alberta. 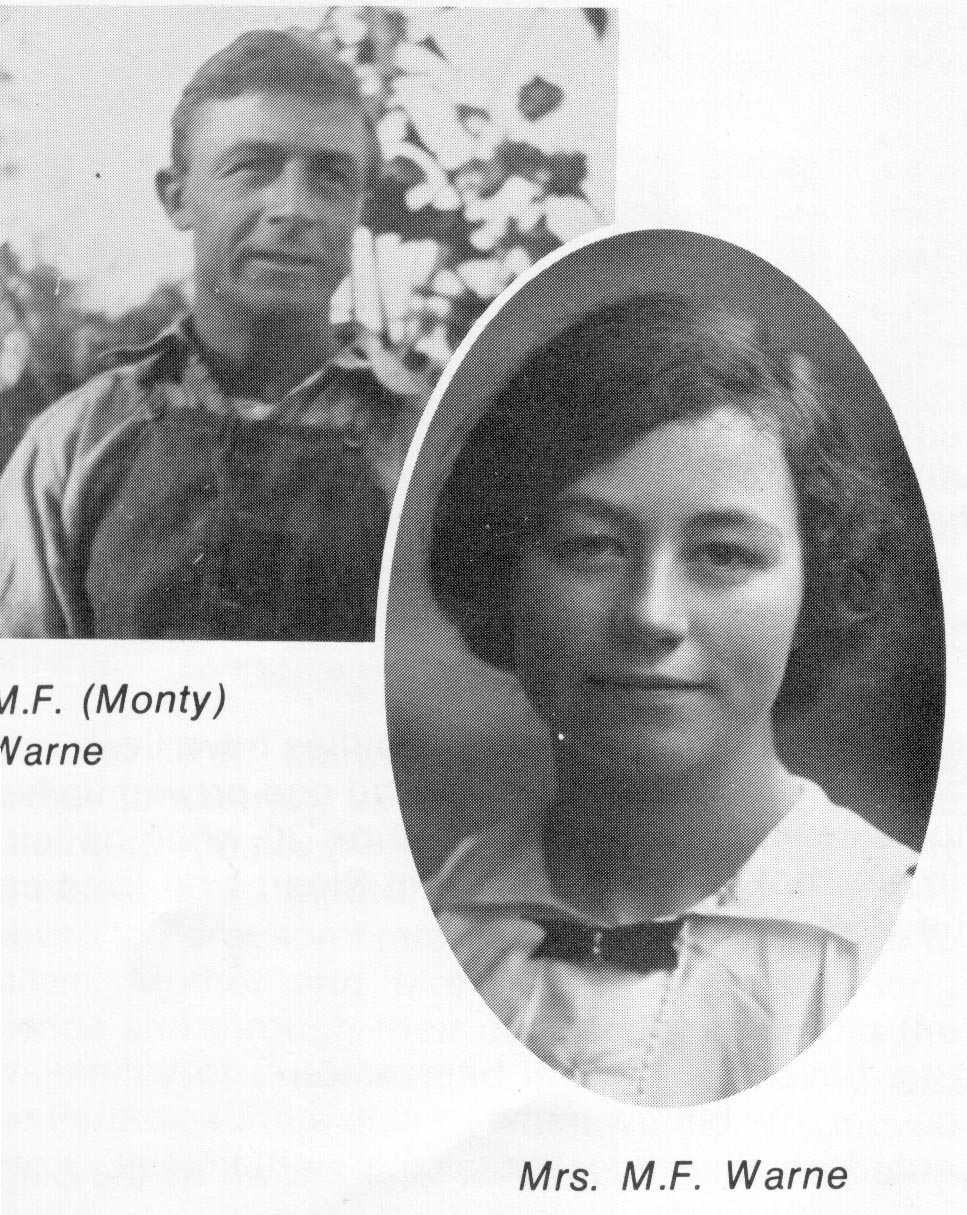 Suzanne Cormack came to Edmonton from Wick in Northern Scotland in March, .1923. She had a brother in Edmonton and he felt the dry climate of Alberta might ease her asthmatic condition. She decided to give it a try and came out to Alberta in 1923 taking a teaching position at Fern Chapel school at Ferguson Flats in September, 1923. She stayed at a farm and travelled to and from the school on horseback. On July 24,1924 she married Monty Warne and continued to teach for another year.

During this period the agency staff from Onion Lake Indian Reserve occasionally travelled through Ferguson Flats and over the Moose Hills to the Kehewin Reserve. The Warne farmstead was the last habitation before the trip through the hills and they periodically called at Monty's for a cup of tea or coffee on the way. Monty then became well acquainted with the agency staff and when a vacancy developed for a farm instructor at Kehewin Reserve Monty applied for the job. His application was successful and in 1926, Monty, Sue and their first child, George, moved from the homestead to the farm  instructor's residence at Kehewin Reserve.

The Warnes lived there until the late 1930's and added Donald, Harry, Anne and James to the family. They later lived at St. Paul, Lamont and Edmonton. Sue died at Lamont in 1943 from complications resulting from Asthma. Monty was remarried in 1955 to Elsie Parrymore and they retired to Kelowna, B.C. in 1959 where Monty died in 1969. The family have all remained in Western Canada where George is a petroleum engineer in Calgary, Donald a chartered accountant in Vernon, Harry an agrologist teacher at Fairview, Anne a housewife in Calgary and James a civil engineer in Vancouver.