We immigrated from Germany to the Spring Park district in 1925. For one year we lived on the Joe Keller farm there. Then we moved to Ferguson Flats where we farmed our homestead for 11 years. The farm was located one mile north of the Fern Chapel school. While we lived in this district, six of our children were born there. Dr. F.G. Miller and Dr. A.G. Ross were both instrumental in bringing our children into this world. Our eldest one is Antonia, then Arnold, Ethel, Hilda, Irma and Louise. Two other children, Margarete and Walter, were born after leaving there. 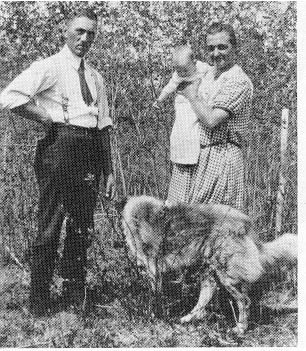 Our three oldest children attended the Fern Chapel School from 1933 to 1935. The teachers I recall at that time were Mrs. Velma Cinnamon, Miss M. Jell and Miss M. Lorenson. We had many school incidents, amusing and otherwise. I remember sending my children to school using lard pails as lunch kits. Many times I recall going to school, after it was in session, to exchange a lard pail full of lunch for a pail of lard, which they had inadvertently taken with them. That wouldn't have been too exotic for their dinner.

There were many experiences we had and many tough and hard times in those years. The Ferguson Flats post office was one mile north of our place and Mrs. Taylor was the postmistress then. 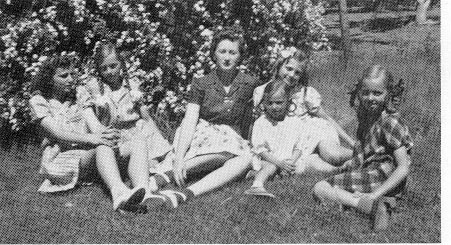 When we left the district we moved to Kelowna, B.C. My husband passed away some years ago. Most of my family live in B.C.

N.B. - Mrs. Buhman passed away after contributing this letter. Her daughter, Anton ia, also passed away in Sept.1973.