A ladies' club was started by Mrs. Smith, Mrs. Graves, Mrs. Kepke, and others. This is still going but all the original members are gone.

Joe Keller started a community club and also a phone line on the barbed wire fences. He started the first one between his home and Hardy Lawrence. Since they used the fence wire, they pulled all the staples, wrapped the wire with a wee piece of old inner tube and restapled it. It wasn't to much later that the whole Spring Park district had telephones - not on a fence wire - but a one wire line. Each farmer or member had a half mile to maintain. They called it the Mutual Telephone Co. At one time there were 24 phones which meant 24 different rings going into every home. It proved to be a source of amusement and information for those who liked to, as we called it, "rubber neck". You could pick the offenders, too, as their batteries ran down faster than others. Eventually the Government phone line was put in. 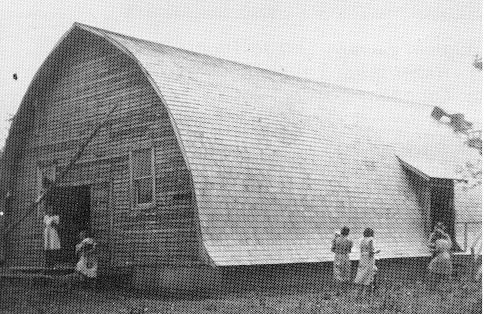 The first years the club held oyster soup suppers, and then they began to hold chicken suppers every fall which are still being held. Every fall people return to enjoy the supper, play bingo, and dance. 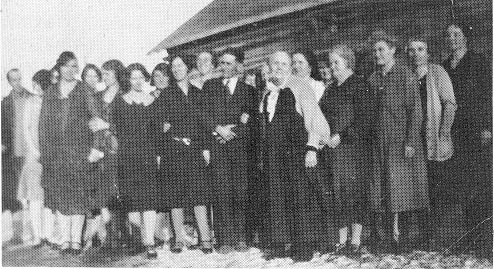 A Ladies' Meeting at the Lester Smith home 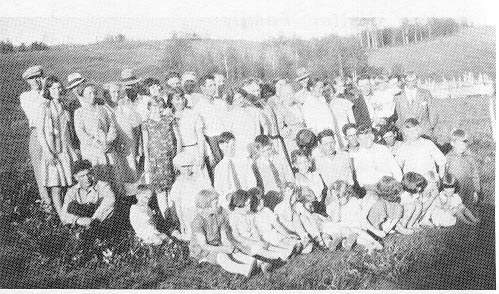 1930: Community picnic near the lake.

Centralization has created changes in our community but we all fondly remember the early days.