In July, 1942, Victor Kozak, an eleven year old son of Mr. and Mrs. John Kozak, left his parents home to hunt for their horses. Being a heavily clouded evening when he started on the way home, he went in the opposite direction from where he should have gone. When the parents found him missing, a big search party was organized the next day. Many people along with three police officers and a tracking dog searched in the area for days. On the eleventh day, just when they were planning on giving up, Victor was found alive and well, sitting on a doorstep of a logger's shack about ten miles from his home. He evidently had used this as his headquarters the entire time he was lost. He survived by eating berries and mushrooms and there was plenty of water near with which to quench his thirst when needed. 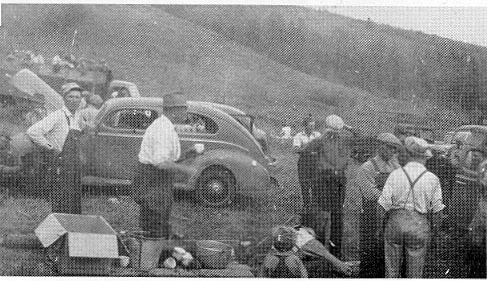 Members of the search party taking a lunch break. 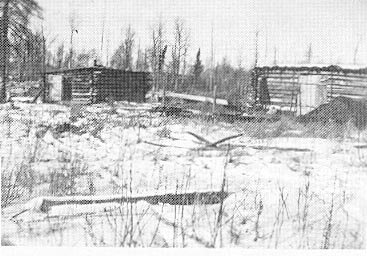 The logger's shack where Victor was found.

Mike Holowaychuk (Jr.) was rewarded by Mr. Kozak for being lucky in finding his son.