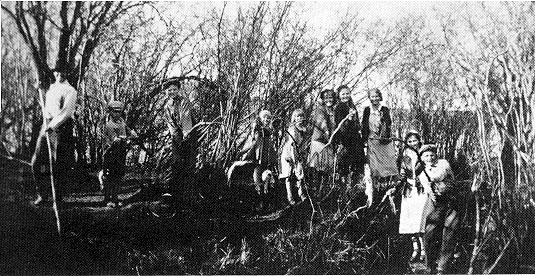 Teacher Miss Lorenson, took some of the pupils to Moose Creek to fish, 1934

Hazel remembers this well, as she fell in and was pulled out by her big sister Beulah. 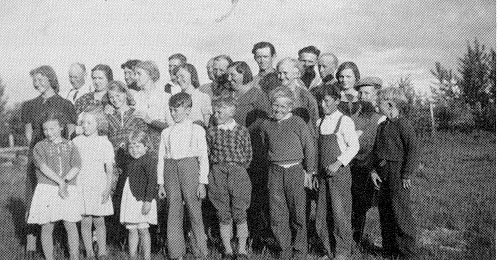 A picnic group about 1940 at the school Grounds