The first settlers who came to this area had no doctor's services closer than Vermilion, babies were delivered at home by midwives and everyone depended on their own resources for minor and not so minor ailments. The only known qualified midwife at that time was Mrs. Miller and she was called to many homes in the area. 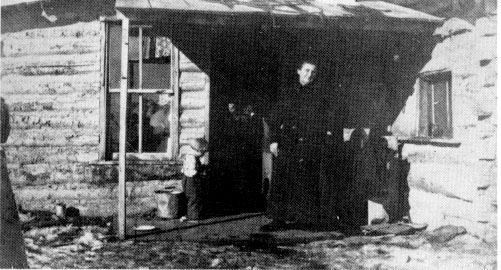 In 1920 Dr. F.G. Miller and his wife came to Elk Point and set up a practice. Then in 1922 he was followed by Dr. A.G. Ross with whom he had worked during the war. They decided to practice together when "it was all over". Their pioneering practice took them from 5 to 75 miles distance from Elk Point. They travelled by horse with cutter in winter and buggy in summer. Later on they had a Model T Ford. Drs. Miller and Ross would average over 1000 miles a month for four or five months of winter with their horses. In 1923 they opened a private hospital in Dr. Miller's home. Even if he had to give up his own bed, no one who needed care was turned away. Mrs. Miller assisted them in every way possible. If an anesthetic was needed she was there to help and give it to the patient. In 1928 the Elk Point Municipal  Hospital was opened as a 15/28-bed hospital. Now in 1974, after some remodelling and expanding it is a 54 bed hospital. 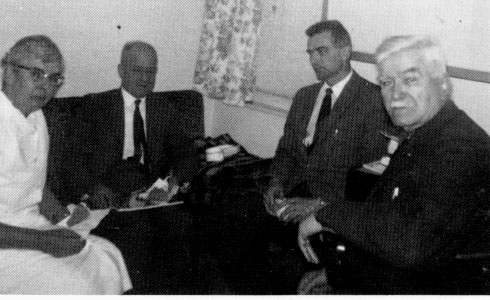 The Elk Point Medical Clinic was opened in 1947. In 1940 Dr. Anne Wiegerinck joined the medical staff. These three dedicated doctors served this area, giving of their time and talents until their deaths. There is no family in the community who has not benefitted in some way from their services. Their generosity was extended to all, regardless of their race, religion or financial standing. Dr. F.G. Miller's son, Dr. K.C. Miller joined the Clinic in 1953. Dr. A. Wiegerinck passed away in June of 1968, Dr. A.G. Ross in August of the same year, and Dr. F.G. Miller in August, 1972, leaving only Dr. K.C. Miller of the original team to serve our community.

About 1925 there was a chiropractor in our community, Mr. Carmichael, who gave treatments in the home of Mr. Salmon.