Coming of the Railroad

Prior to the arrival of the first settlers there had not been a complete railroad construction survey eastward from St. Paul de Metis, then only a country village, though there had been a reconnaissance made and a map was available depicting the proposed railway. According to this map, the railway would have by-passed Elk Point by ap-proximately five miles, and continued on through Ferguson Flats district to the Frog Lake district where there was to be a Divisional Point. The railway would then continue on to Onion Lake, Saskatchewan, eventually connecting with the western end of the branch of the Canadian National Railway that was under construction west-ward in Saskatchewan at St. Walburg. 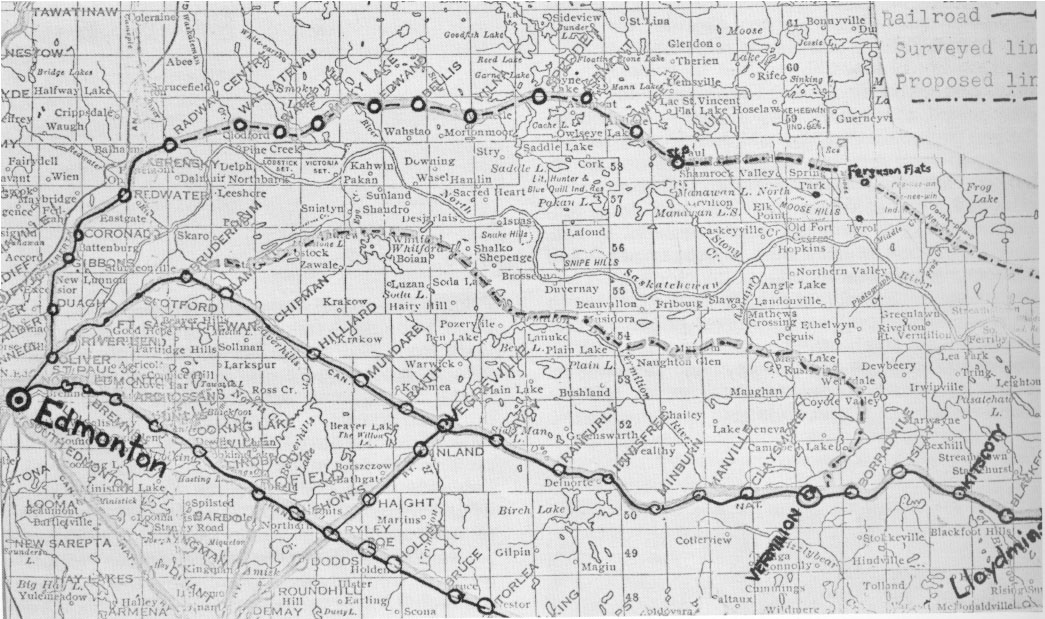 As a result of the map and the rumored Divisional Point being established in the vicinity of the Frog Lake Post Office-Telegraph office - Sub-Dominion Lands Office and Store, many people homesteaded in that area. There were also many homesteaders, some post offices and general stores established within the area between Frog Lake and St. Paul de Metis. Their wishes and dreams never materialized.

Another railroad survey was made in or about 1924 and the railroad was then surveyed through the village of Elk Point, then continued south eastward. to near the Mooswa Post Office and Store and on to the Heinsburg Post Office and Store, which in 1928 became the End of the Steel, and has remained so to date. The homesteaders ap-preciated the partial completion of this Branch, even though it was a few miles south of the original map delineation. 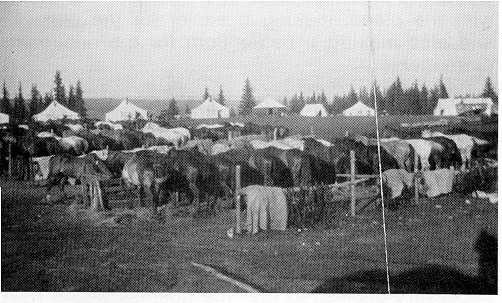 A railroad work camp located between Elk Point and Lindbergh during the construction of the railroad. 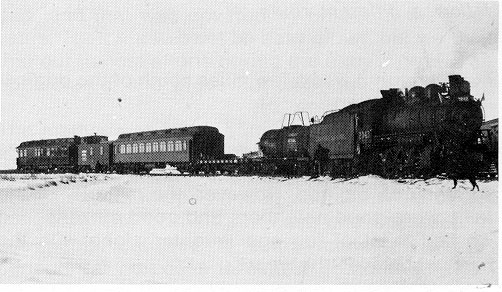