Orders issued to Chris Nelson, road boss, in the district in 1921:

Municipal District of Lincoln No.542, Mooswa:

62 1/2 cents per hour for man and team; half that for single hand. Don't work over what their tax calls for, but be sure and get that out! 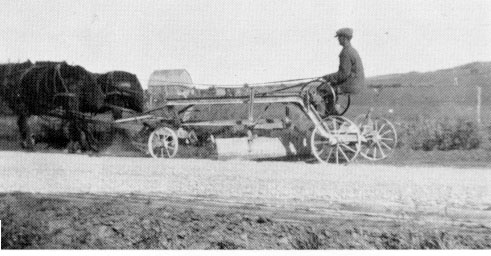 Maintaining of roads in the early days.

At that time the taxes on the land in this area varied from approximately $6.50 to $11.00 per quarter section per year. Some owed taxes for two years and it was the duty of the road boss to see that the taxpayers did road work to pay off their taxes. Most of the roads at that time were built in this manner, using simple machinery, horsepower and a great deal of manpower. 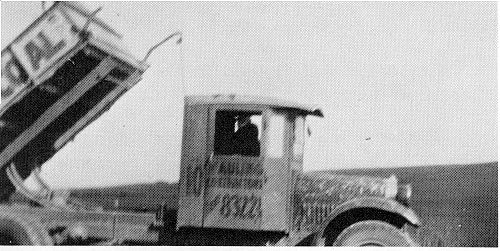 One of the early gravel trucks.

Some of the road bosses in the Ferguson Flats area over the years were Albert Quayle, Ben French, Joe Martin Sr., John Salmon, Archie Allen, Chris Nelson, and Grover McClain.

The introduction of school busses into the district necessitated the upgrading of roads and all of our district roads are gravelled at the present time. Snow plows in the winter keep the roads open at all times, except during an occasional blizzard. 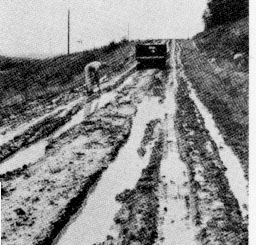 1959 - Our roads as they existed for many years 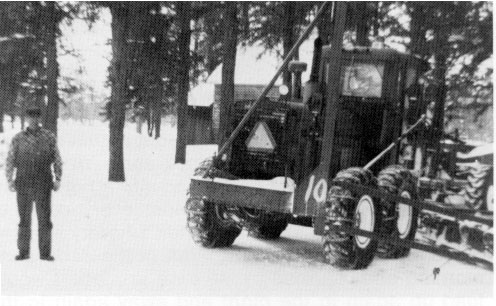 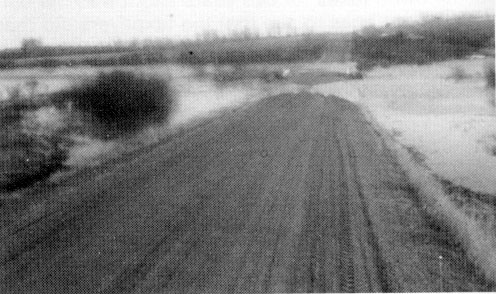 Spring 1974 - Heavy winter snows cause flooking of roads in many areas.