When a number of the children of the earliest settlers were old enough to go to school, a teacher came out and taught school in an old abandoned house. The farmers got together to build a few desks out of planed boards. This old house had a sod roof and when it rained, the children and teacher moved their desks to miss the rain drips. They placed lard pails to catch the water, and delighted in the musical sounds it made as it hit the pails. Most of the children came to school barefooted and carried their lunches in lard or syrup pails. School lasted only four months during the summer. In winter the parents helped them at home. 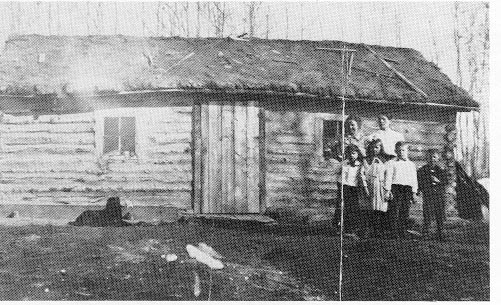 This old house was used as the first schoolhouse in Primrose.

The old building was used for about three years and then the Middle Creek School District was organized in 1921. A new schoolhouse was built. More families with children began arriving into the community and the classes were often quite large. Many of these children walked several miles and some rode horseback. A barn was built to shelter these some years later. The annual Christmas concerts were always the big event of the year. The school was also used for dancing. Desks were piled up and pushed aside to accommodate the big crowds which came from miles around. This school was used for classes until 1957 when it became centralized and the children were bussed to attend school in town. 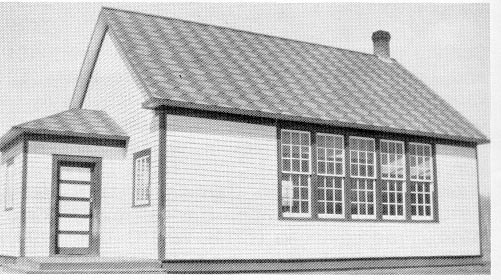